I do a lot of easy coding with batch files. So you can imagine that I could have sometimes several cmd windows open here and there … what a mess.

I just used the cmder-mini. To replace the cmd with the cmder : 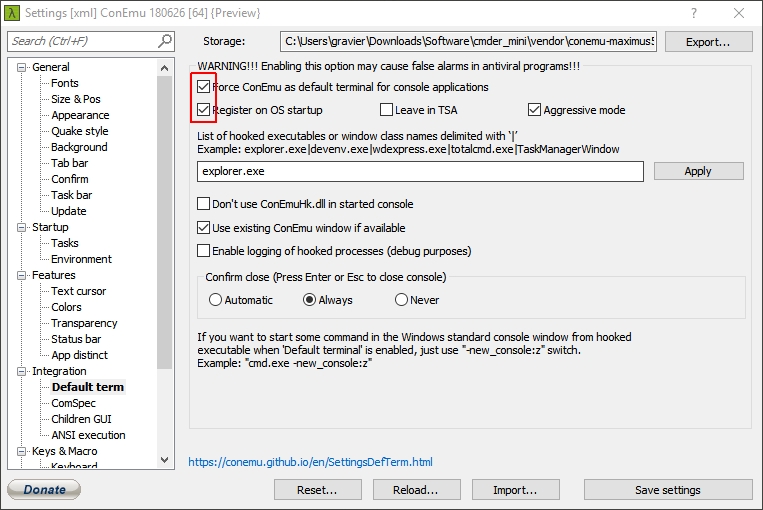 If you use FreeCommander (an expolorer much better that the one from Windows), you know that you can open a cmd terminal where your explorer is by pressing Ctrl+D. In order to use Cmder as well with this:

Join the discussion for this article on this ticket. Comments appear on this page instantly.
Thanks to aristaht for making this static comment system possible.